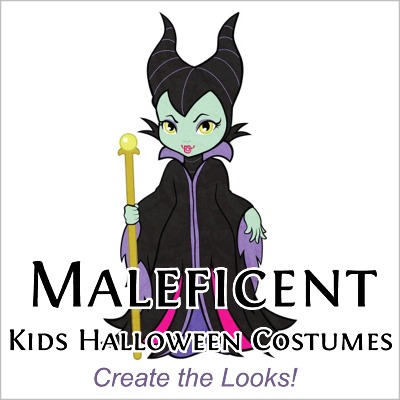 The Disney movie Maleficent tells the story of the wicked sorceress in the Sleeping Beauty fairytale and film. Angelina Jolie most recently portrayed Maleficent as a protagonist in the 2014 film of the same name.

Whether dressing as the original Mistress of All Evil from the original animated 1959 Sleeping Beauty or as the most recent live-action film version, your child is are sure to remembered at their next Halloween or costume party when dressed in any of the available Maleficent Halloween costumes.

The 2014 Maleficent Halloween costumes faithfully bring to life the haunting and downright scary outfit that the animated and evil wizardess wore.

The Maleficent costume includes a purple and black gown or dress with a high self-standing collar. You can replicate this effect using some heavy starch, or simply purchase one of the spellbinding and gorgeous Maleficent costumes online

Definitely the perfect color scheme for Halloween, Maleficent is resplendent in black and purple. The outfit is completed with headgear that boasts two curving horns. Some costumes will also show a brooch on the front of the black gown.

In the movie Maleficent employs a powerful scepter, which you can use to accessorize your outfit. There are Maleficent Halloween costumes for both children and adults, and girls love dressing as Aurora as well.

Portraying Princess Aurora gives you a couple of options. You can wear a simple pale blue gown/dress with understated gold trim around the hemline, waist, color and wrists. And another representation is a gold dress with pink flowers, sometimes including a gold colored headpiece.

Of course, male Maleficent fans will probably want to dress up in a King Stefan costume. The father of Aurora and childhood companion of Maleficent, King Stefan can be represented by a standard blue King’s outfit and belt. Cap it off with a crown and a front-fastening cloak, and you could be mistaken for the king himself.

Men can also dress as Aurora’s true love this Halloween or for your next themed party by wearing a Prince Philip costume. A vest and riding cloak is accompanied by a long sleeved and sometimes sheer and billowing white shirt.

You can also find Prince Philip costumes online which are complete with boots, hat, and a belt. Adding a sword or shield is a nice accessory.

The 2014 Maleficent movie shows the kinder side of the wicked fairy godmother that cast Princess Aurora into a deep slumber. But the Maleficent Halloween costumes are definitely dark and magical, and sure to make your children stand out at their next costume party. 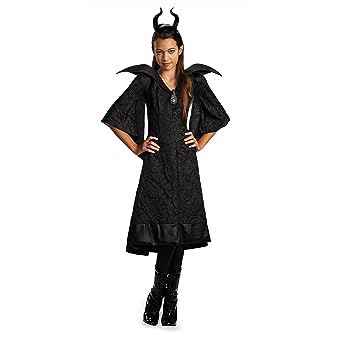 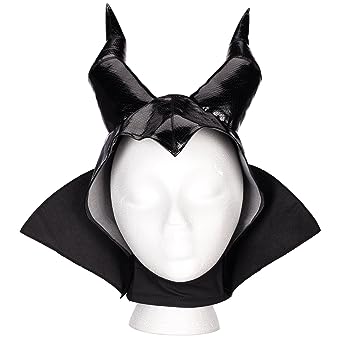 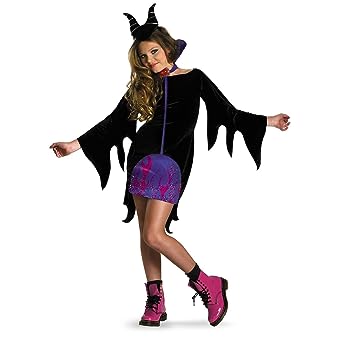 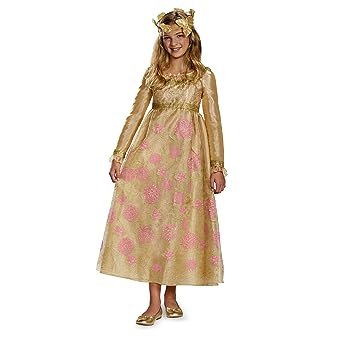