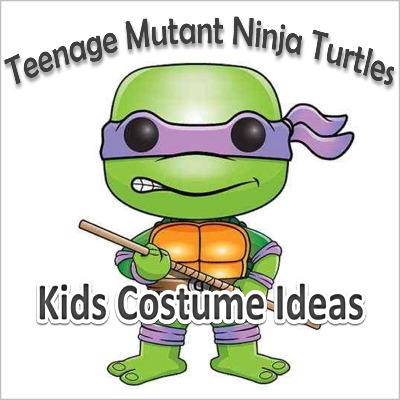 Teenage Mutant Ninja Turtles costumes have been great for Halloween since the turtles first appeared in comic book form in 1984. Dreamed up by creators Kevin Eastman and Peter Laird as a parody of popular 1980s comics, Leonardo, Michelangelo, Raphael and Donatello have been battling crime from their New York City sewer home with the help of human April O’Neil for more than 30 years now.

The iconic TMNT appeared in a 2014 film where they once again attempt to save New York from the evil crime kingpin, Shredder. All 4 of the “heroes on a half shell” appear as huge, muscled-up turtles that walk on their hind legs and enjoy comical banter. April O’Neil is the reporter who discovered their existence.

Teenage Mutant Ninja Turtles costumes are kind of tricky to make on your own. But since the franchise has been running for three decades, there are an unlimited number of excellent costumes and party outfits available for purchase online. Let’s take a look at the major characters.

Leonardo, or Leo as he is known by his fans, is the leader of the group. He can be identified by his blue mask and usually carries two long swords. As the sensible authority figure of the four mutated turtle brothers, he often times butts heads with Raphael.

Raphael can be identified by his dark red mask and his “bad boy” attitude. His preferred weaponry is a pair of sai, pointed metal batons with two curved prongs protecting the handles. The aggressive and sarcastic Raphael is also known for his delivery of deadpan humor.

Michelangelo wears an orange mask and prefers a pair of nunchakus. The youngest of the four Teenage Mutant Ninja Turtles brothers usually provides the comic relief, and loves pizza.

Donatello is the technological genius of the group. A purple mask and a long bo staff unmistakably identify Donnie as the least violent turtle, who prefers to use his mind to solve any problems the brothers run up against.

Human reporter April O’Neil is most readily identified by her yellow one-piece jumpsuit and wide, white belt. She is most often cast with a short and thick head of red hair.

Another great Teenage Mutant Ninja Turtles costume is Splinter. The turtle’s adoptive father and sensai is an ancient Japanese mutant rat. Wrap yourself in a well-worn dark brown, ratty cloak and accessorize with a short walking stick or cane. Then get a rat face, hands, feet and tail, and you are Splinter personified.

If you would like to hit Halloween or your next costume party as the most identifiable archenemy of the turtles, get yourself a Shredder costume. Extremely difficult to make on your own, this outfit has multiple layers of metal body armor, with an evil black and silver samurai design.

If you purchase any of the Teenage Mutant Ninja Turtles costumes rather than undergo the difficult task of making them on your own, you run a great chance of winning any costume contest you enter. Adult and children versions of all the main characters are available. 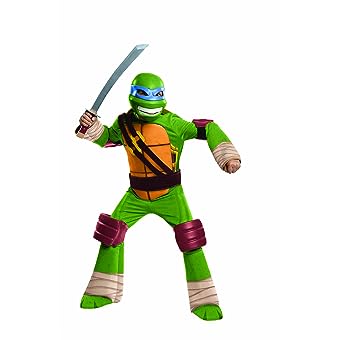 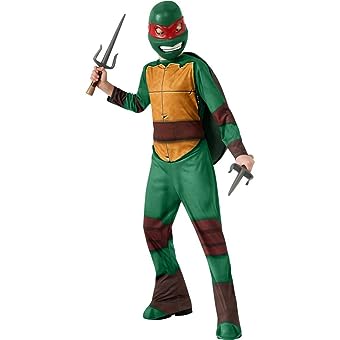 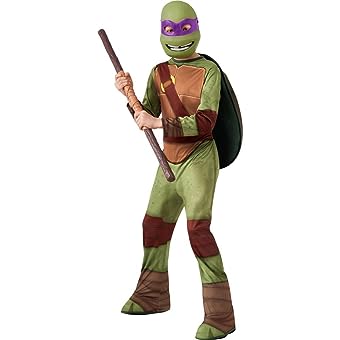 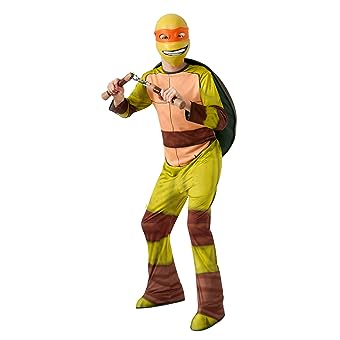